I’m posting for a second time today because I have a…gift, for some, and an obligation for others.

This is the Nya personality guide! I can confirm that it has changed the way I view her, and has explained a few things! ALSO, it gave me a LOT more songs for my playlist.

Only an approximation, and a theory at that, this explanation—which I have titled The Nya Formula—is not canon, except in the sense that I have used quoted Tommy Andreasan tweets from the Ninjago Wiki as a source for some of this, as well as the Nya interview from a while back.

Feel free to take it or leave it; maybe you have your own formula! Maybe you want to borrow some of this one and make up the rest! This is simply MY formula, which anyone can agree with or disagree with at their own will.

No one asked for this.

But you’re getting it.

Nya is sharp. Hot-headed. Intense. Guarded. She is afraid of failure, and she hates being identified as anything other than herself in her own right.

We begin back in the day. Back to the days that shaped Nya more than anything else.

Kai and Nya grew up without parents since they were really little. Tommy Andreasan has confirmed that they were partially raised by neighbors.

Pardon the strange metaphor, but it’s a good illustration. It’s like a sticker that you stick to too many surfaces. After a while it doesn’t matter how well suited the surface may be to stickers; the sticker simply can’t stick!

There must have been a point where Nya simply decided to stop getting attached. That only led one place; disappointment and rejection.

This may well have been where the roots of Nya’s independence come from. She grew up in an environment where asking for help equaled NEEDING help, and needing help was bad. Only kids with no parents, living in a blacksmith shop alone needed HELP.

So she has grown to be thoroughly independent. She doesn’t need help, and the weaker side of her that claims she does needs to be SHUT DOWN.

When we reach those pilot episodes, Nya feels secure behind her walls. She has locked up her emotions and thrown away the key, so she’ll never need to worry about them breaking her stride EVER again.

But when we meet Jay…SECURITY BREACH. The emotions have escaped.

THIS IS NOT ACCEPTABLE.

Nya is her OWN WOMAN. She is DETACHED. SHE IS A LONER.

And she’s also like fourteen years old, and has real human emotions.

Of course, she thinks, this is hArMlEsS! We talk, we go on a couple dates…I’m in control here; he can’t reaaaally get through to me. And I still don’t need help. There’s no possible way I’m going to be crushed like I was when my parents left. PSHAW.

Then she gets chained to a rollercoaster.

And is briefly taken over by the pure essence of evil.

And then the city is taken over by the Overlord.

THINGS ARE NOT SAFE. UP GO THE WALLS.

This is something that doesn’t make a lot of sense without The Nya Formula.

After the walls came back up, Nya was scrambling. She let the enemy loose within herself!!! It needed to be LOCKED UP. Or even better…eliminated?

[song: Break My Own, by Taylor Bickett]

So we find her side-stepping. Throughout Rebooted, Nya lets a creepy love machine decide things about her love life; and she pursues an obviously fake relationship. Here she ends up spinning some nice drama for herself—with some handy help from P.I.X.A.L.—in a desperate attempt to let her emotional side down. That bit needs to learn that relationships and feelings—barf—are just going to hurt her in the end.

She plants the right evidence, and happily pushes the eject button.

Now she has a nice little exit slide! From there, she can start her hardcore, solo warrior life! The one where she can handle all of her own problems, and maybe save the world, too! There will be no need for little girls to grow up like she did.

[song: I Can’t Fall In Love Without You (clean version), by Zara Larsson]

She can maintain distance through her epic Samurai X mech, which gives her all the self and identity she needs! She can be a figure apart from The Bois™, and still protect and defend.

Until Master Wu says that she needs to give all of that up, in order to actively JOIN The Bois™…

But that’s another story.

We go through all of Rebooted and Tournament of Elements, and the Warrior Life and Nya Life keep conflicting. Something that’s fun to notice are all of the moments where Nya’s caught off guard, and does something strangely SWEET, or even VULNERABLE.

Moments like in ToE, where she is remarkably nice to Jay when under cover! Tender, even. And in Skybound, there are many little moments when she SHOULD have been disdainful, and she wasn’t.

This could be a case of plot holes, but it does fit with my formula.

Although the exact point of Skybound isn’t really made clear in canon, through The Formula we can make some sense of it.

Nya had to learn that she can indeed have both. She can be a hero and still be a human being.

In the end she had to do the hardest thing she could do. Open the door to all of the pain that came with acknowledging that she, Nya Smith, was human.

Whether this line from her is metaphorical or literal, Nya admitted through it that she was human the whole time, not just becoming one.

She had to admit to the person who could hurt her the most that she could, in fact, be hurt.

But the question remained. Could loving him and inevitably losing him possibly be worth it?

She got her answer.

Because Jay thought it was worth it. Even as she was literally dying in his arms, he wasn’t giving up, and he still loved her. If Jay could lose her and still love her, not giving up when things got hard, maybe Nya could risk some heartache and love him back.

Really, she could lose him at any moment. I mean, they’re fighting giant snakes, smaller snakes, biker gangs/cults, TIME ITSELF; and she actually did lose him once, in Sons of Garmadon! (If you want to do some Nya Stan weeping, watch Hunted. I’m literally just THINKING about it and getting emotional.🥺) That must have been the worst thing to ever happen to her, second to the traumatic experience that started all of this!

But she did something amazing with that, which younger Nya could probably never do. This time she took a horrible tragedy, and used it to fuel a resistance, and one that worked, andsaved Ninjago! 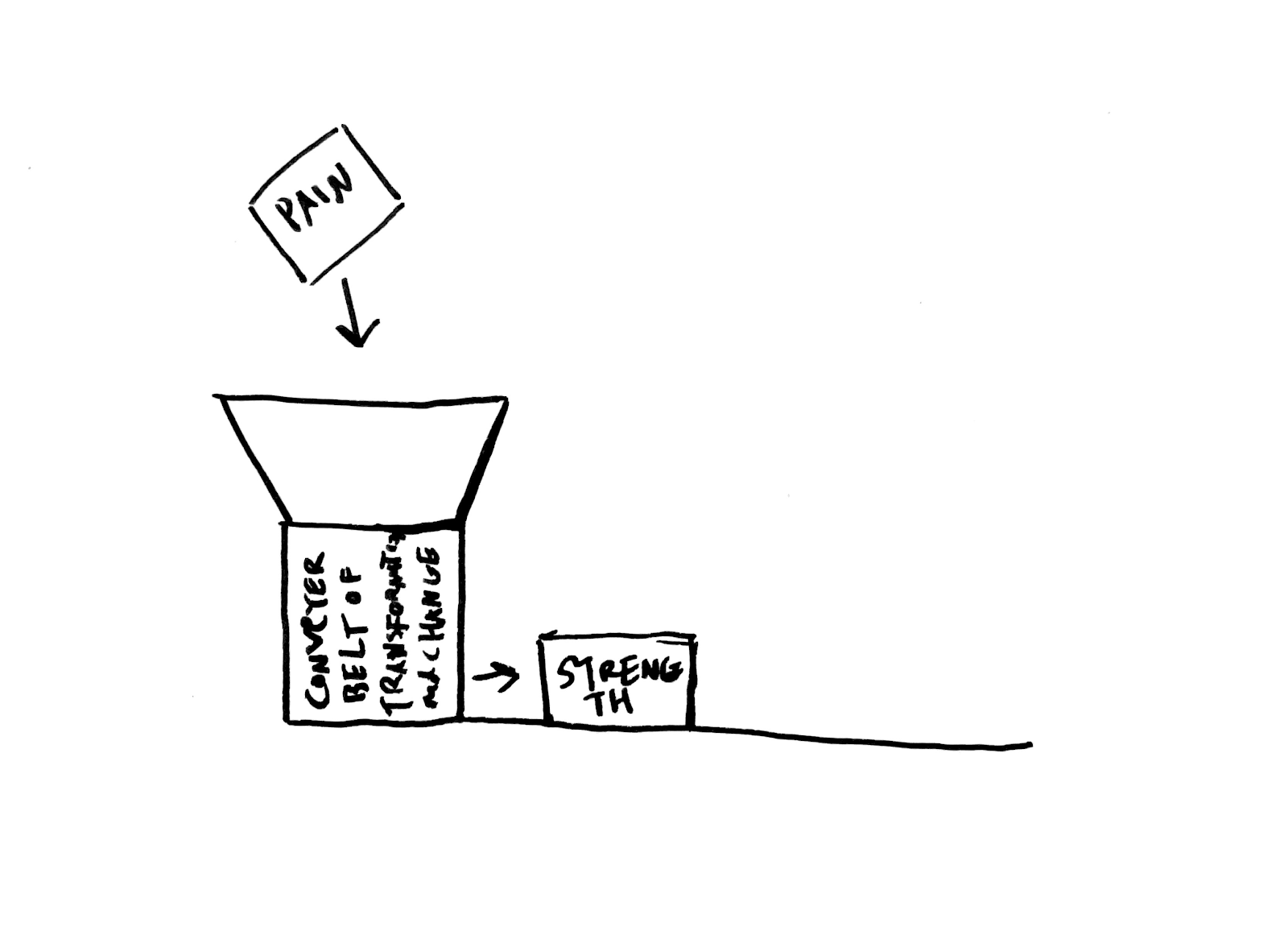 This is just one example of how much Nya has changed and grown. And sure, there are better ways to explain it than how I just did. But if letting herself open up to someone is what got her to the point of sacrificing her life—TWICE—for someone who she was certain was going to hurt her, I think it was at least worth it to write all of this down.

[song: I Would For You, by Lauren Duski]

In conclusion, trusting people has always been a hard thing for Nya. But through the many insane and surprisingly bonding adventures shown in the program, she’s learned to trust them like no one else. They really are like a big, traumatized family! And they’ve stuck around through all of this craziness, and proven to be worthy friends and teammates.

With all of this as background, things like Nya not saying that she loved Jay seem to make perfect sense.

This post is merely my opinion, but I may also argue that this is one of the more likely candidates for the solution to The Nya Predicament.

I sincerely thank anyone who took the time to read that!

If you have decided to adopt the Nya Formula (or even just want to experiment with it), you might find that things like Rebooted and Skybound may seem a bit less aggravating, and you can overall just appreciate our beloved Master of Water a bit more.

This is Beatrice J. Brown, a representative of the Nya Appreciation Club, hoping you’re having a wonderful week.